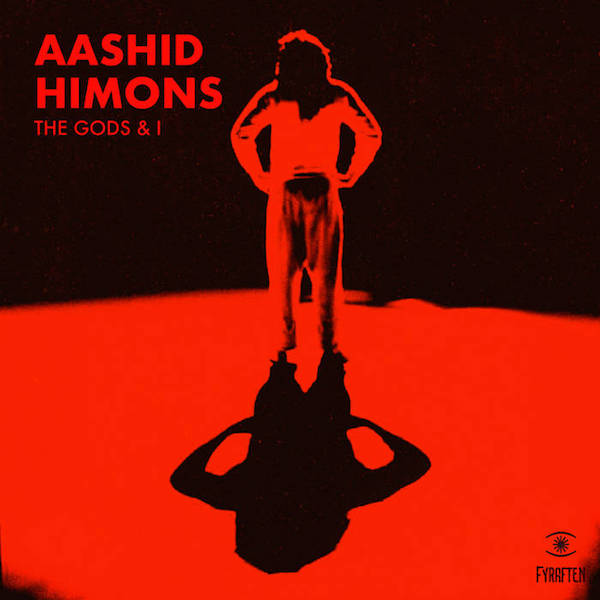 Music For Dreams are proud to present this special Record Store Day re-issue in collaboration with Fyraften Musik, who once again prove their expertise in digging up sonic pearls from the sands of time. This time, the re-issue treatment comes to the kosmik gypsy legend Aashid Himons and his eccentric venture of the Jah spirit into 80’s cyberpunk wastelands.

Aashid Himons (1942-2011) is one of those naturally radical pioneers who pop up here and there in music history. Perhaps best known today as the dreadlocked front man of the blu-reggae group Afrikan Dreamland, you can trace the wayward path of this scintillating musical innovator all the way from late 50’s doo-wop, to his 60’s r’n’b work as Little Archie (ironic since he stood over 2 meters tall), through the reggae fusions that made him an eternal cult figure and to all kinds of cosmic electronic excursions.

For over five decades, right until his death, he wrote in his own chapter in the book. Not one of great fame or success, but of unbroken personal vision,

The two tracks here were originally released in 1984 under his solo moniker Aashid on the album Kosmik Gypsy. ‘The Gods & I’, a robotic, reggae-disco crossbreed, is on here both as it sounded originally and as remastered in Fyraften’s handicraft.

‘In A Figga Of Speech’ is an eccentric piece of jittery, weed-smoked electro. “Krystal leaks, ping pong brown, chariot of fire Zion- bound, one billion moon-beams all around, living on a brimstone in a figga of speech”

This release finally dropped on August 29th after a couple of pushbacks on account of coronavirus issues with Record Store Day.

We wish to give a special thanks to Tony Gerber & Matumbe Himons for the permission, help and guidance in re- releasing Aashid’s music.