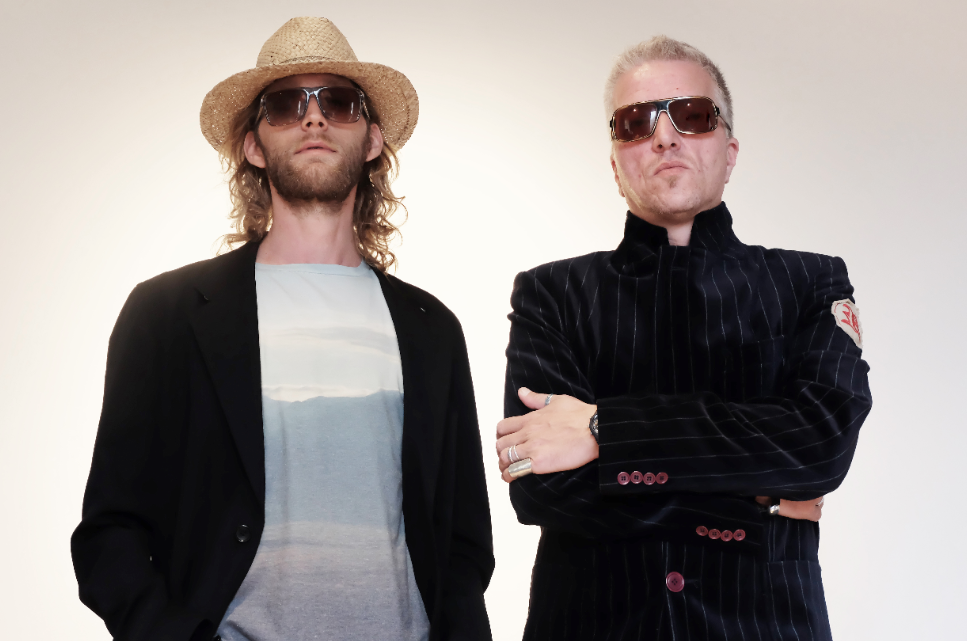 If there is (or ever has been) anything like an “ibiza sound” , it definitely is NOT this one, although both protagonists happen to live in Ibiza. George Solar and Beach Messiah are both working as resident DJ’s in well-respected venues on the legendary white Island, “Hotel Kuba”, their first 5 track EP, was in its entirely made and produced in Ibiza.

The Beach Messiah and George Solar happen to be of German origin, the sound ain’t anything close to “german sound” either, although both so what?

When Beach Messiah met George Solar in the recording studio or on the decks, there’s only one thing for sure: chances are it starts somewhere in adult left field mid air, and then for sure gets really dubby pretty soon (or vice versa). that, no doubt, is anything but local style of course, not even global. it’s simply outernational.

the beach messiah (aka daniel niewald) holds a dj residency at legendary ibiza westside venue sunset ashram (on cala conte) since nearly a decade now, vibed up an insane amount of private island parties with his unique selections in the meantime and has produced numerous balearic acts & beats in his decently equipped recording studio. as if that wasn’t enough, his zen like instrumentalist skills on both the bass and the guitar have graced countless songs, gigs, productions, movies & events over the years. besides dub, his musical taste buds are mainly tickled by decent contemporary club electronica dj food, therefor his unique edits of various rock & soul classics are quite sought after in global selectorman circles. he is known to wear cowboy hats at times and sports a hip beard as well, just like a good messiah should.

george solar is the resident dj of babylon beach ibiza & blue bar formentera, specialized in downtempo sunset vibes of all sorts (and minus the “tourist chillout” stereotype, that is). as part of globally established electronica acts SOLAR MOON, CHIN CHILLAZ & RUBBASOL he stands for his trademark slo mo sounds, heavily supported by his regular radio shows for ibiza sonica, radio illa formentera and ibiza live radio. his own, aptly titled compilation series COMFY DUB perfectly sums up his musical preferences in just 2 words and also was the initiator of his first meeting (& gig) with the beach messiah back in the days by the way… but thats another story. on top, george is known for hardly ever taking off his prescription sunglasses as well as for heavy use of nag champa incense in public.

what do you expect of two german djs living & working in ibiza? not this after all, probably. then again: you never know, do you.