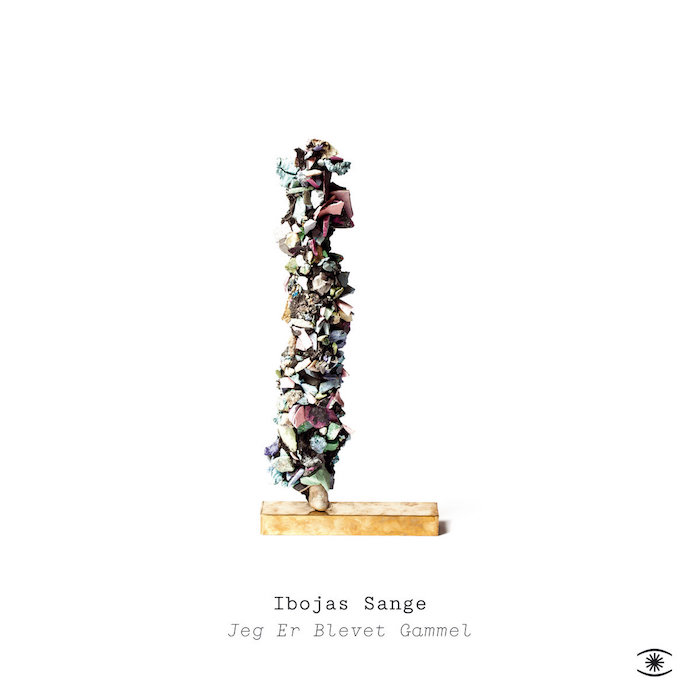 The new single by Hess Is More Feat. Kenneth Bage & Iboja Wandall-Holm is out now in all digital stores.

At the centre of the project ‘Ibojas Sange’ we hear the vocal of Iboja Wandall-Holm whose of 99 years of age.
Jeg Er Blevet Gammel (I Have Gotten Old) is, like the rest of the songs on the upcoming album, part of the unique collection of songs that Iboja has carried with her since her youth in Eastern Eu- rope and that she has later translated into Dan- ish.
The album invites us to experience a musical meeting where Ibojas songs are placed in a new light by Danish musician Mikkel Hess and mem- bers of the band Hess Is More along with co-pro- ducer Kenneth Bager.
Still, in her late nineteens, Iboja sings with a beau- tiful presence that magically combines high inti- macy with a sense of travelling through history. She is in more than one sense the voice of the century.
Jeg Er Blevet Gammel (I Have Gotten Old), is the first excerpt of the 60-minute musical journey that unfolds on the upcoming album Ibojas Sange (Ibojas Songs). In this single version, the fragments of a timeline are arranged in a condensed form, that on its terms can be heard as a timeless pop song in radio format.

About: Iboja, Hess Is More, Kenneth & FOS Iboja Wandall-Holm was born in former Czechoslovakia. She lost her family during WW2 but survived the death march from Auschwitz concentration camp in 1945. After the war, she studied in Prague and moved to Denmark in connection with her marriage in 1955. She has also lived in Africa, Iran, the USA, and Austria and has worked as a translator, lecturer, and for the radio.
Iboja Wandall-Holm made her debut in 1965 with ‘Digte’. She has also written children’s books, tales, and her memoirs ‘Farvel til år- hundredet – en fortælling om Europa (Goodbye to the century – a story about Europe)’.
Mikkel Hess is the founder of the Transatlantic Music Ensemble “Hess Is More” which counts musical collaborators from Denmark, as well as from New York City where Mikkel spent 10 years of his life.

Hess Is More has released 11 albums and toured extensively. Since 2019 Hess Is More has presented a series of elaborately staged con- certs entitled “Apollonian Circles”.
Mikkel is also a prolific composer for stage and film, has scored 7 feature films, created music for 2 ballets and various theatre pro- jects.
Kenneth Bager is the founder of the label Music For Dreams and is also known internationally as a DJ and producer.
Kenneth has released several solo albums and has produced, and Co-produced, hundreds of albums collaborating with names like Julie Cruise, Laid Back, Aloe Black & Jean Luc Ponty.
Kenneth is seen as the man responsible for introducing the techno and house movement in Scandinavia.
FOS (b. Thomas Poulsen 1971) created the sculpture of the artwork. FOS lives and works in Copenhagen. He is internationally acclaimed for his uncompromising works of art, examining the boundary between art and design. In his practice, he chiefly sets out to examine how our physical surroundings and social relations influence one another. He frequently creates art for public spaces and hence social aspects shape the context in which FOS produ- ces his works comprising both passive and active platforms where new social opportunities, encounters, activities, and experiences develop between people.