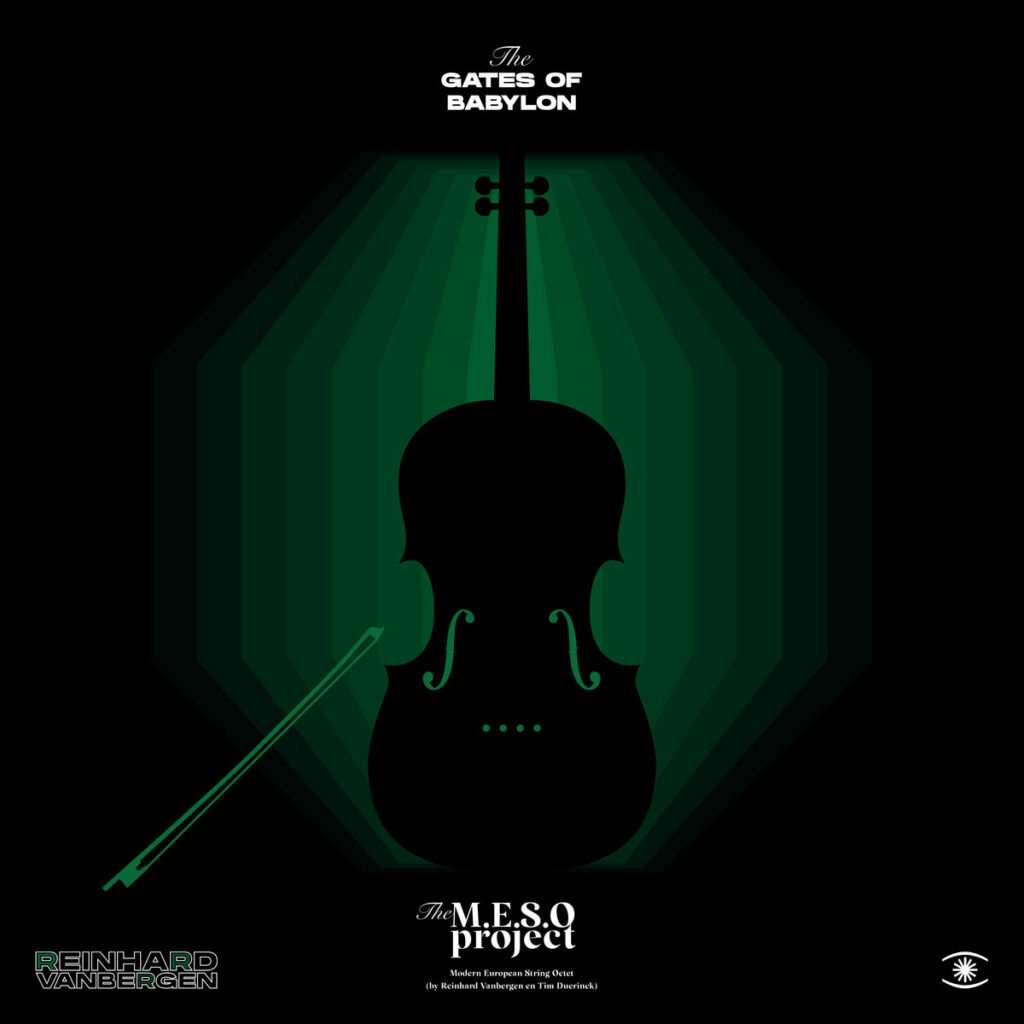 Reinhard Vanbergen – The M.E.S.O Project (The Gates of Babylon)

The new album by Reinhard Vanbergen is out now in all digital stores.

Over history, stringed instruments have evolved and nally became standardised as the violin, viola, cello and double bass we know today. Their evolution has always been closely tied to the ever-changing needs of musicians and composers. Unfortunately, the increased standardisation that followed after the ‘golden age of violin making’ under makers like Stradivari and Guarneri has led to the decline of bowed instruments that did not fit within this standardisation. If you look at the issue from the perspective of voicings, four voices have been ‘forgotten’: Two instruments with a higher pitch than the violin, one in between the viola and the cello, and one in between the cello and the double bass. This brings us to the modern string octet.

The idea to create a string octet by filling up the missing voices is not new. Violinmaker and researcher Carleen Hutchins (USA 1911-2009) developed such an octet, re-designing the stringed instrument family in the 50s and 60s.

Carleen Hutchins designed her octet from a researchers and builders point of view, in which she started from acoustic principles and formulas to develop her instruments. She aimed for a homogenous and rich sound for her octet and built the instruments accordingly. Only after the octet was completed, players were included to play and evaluate the instruments.

Tim Duerinck and Reinhard Vanbergen have joined forces to investigate the octet from a different point of view. We want to develop an octet from a musical point of view in co-creation with musicians. We created a test octet from existing instruments, and recorded test compositions, to find out what the natural musical character will be from these new instruments in the ensemble. Instead of aiming for the instruments to sound homogenous, we want to experiment with giving each of them a typical character. This record is the result of this first step, before we start to build the actual instruments with this music as its reference.

The final instruments will be made from new materials, and announces a new chapter in the research of Tim Duerinck after he got his PhD on this subject.

Reinhard Vanbergen chose The Gates Of Babylon as a subject for his compositions due to the many parallels it shares with ‘The M.E.S.O. project’. Meso, the abbreviation of The Modern European String Octet, stands for ‘middle’ or ‘in between’. Mesopotamia, known as the cradle of civilisation, is the region between two rivers: Tigris and Eufraat. In the land between the rivers, mankind as we know it today was born.

In each of his compositions, Reinhard explores both a different instrument and a different gate of Babylon. A match was found between the eight instruments and eight gates based on their personality, the god and the saying of every gate.