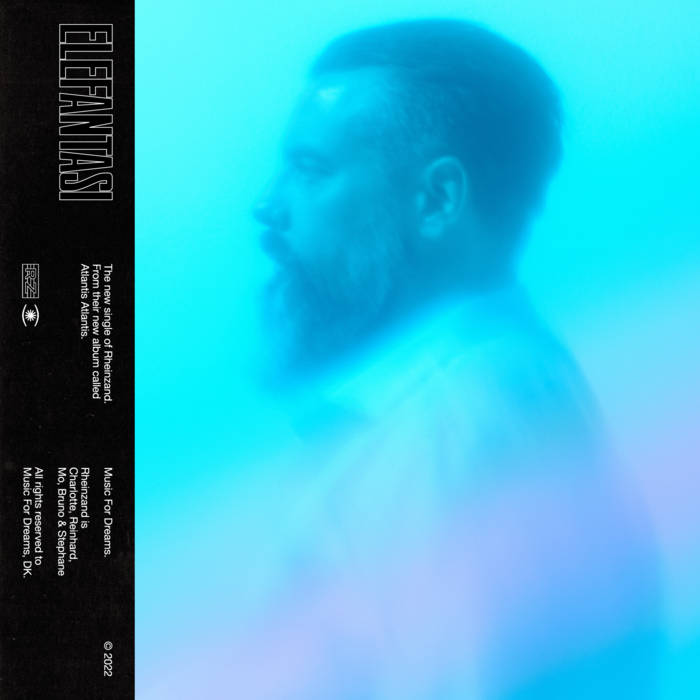 The brand new EP ‘Elefantasi’ by Rheinzand is out now in all digital stores.

Hailing from Gent, Belgium, kaleidoscopic disco band Rheinzand is a collaborative project between multi-instrumentalist and producer Reinhard Vanbergen, Charlotte Caluwaerts and Mo Disko of renowned duo The Glimmers; accompanied live by Stéphane Misseghers (dEUS) on drums and Bruno Coussée (MannGold) on bass. Their new single ‘Elefantasi’ is taken from their upcoming second album ‘Atlantis Atlantis’, set for release on 1st of April 2022 by the Danish label Music For Dreams.

Originally written in Danish, in honor of Rheinzand’s label, ‘Elefantasi’ also features French, Italian, English, Spanish and Dutch versions. The track was born as a tribute to ‘Eisbär’ by Grauzone, a track that always had an influence on the band because of its perfect balanced position between pop and underground. That thin line, the edge of pop music, is something Rheinzand flirts with on their second album ‘Atlantis Atlantis’.

The six languages all have a slightly different story, although the basic idea remains the same: a pink elephant doesn’t like his colour anymore because people only seem to know him when they’re high. Fair-weather friends is all he seems to have. Yes, it’s a song about drugs and good times, but also about hangovers, loneliness, and a twist of identity crisis, all bundled in a string laden, feel good disco track.

Rheinzand’s 2020 s/t debut album was awarded Piccadilly Records’ (Manchester) number 1 album of the year and Phonica (London) gave them a well-deserved place in their top 50 of best albums of 2020. Tracks from the album such as ‘Blind’ were championed by DJ Harvey during his summer residency at Pikes Ibiza, and the band have had tracks on the first two volumes of his Mercury Rising compilations.